Safety and Compliance made SIMPLE!

7 Signs of Fatigue and How it Affects the Workplace

Workplace fatigue is a serious issue. It can lead to decreased productivity, increased absenteeism and higher rate of workplace injuries. In this blog post, we will discuss the seven signs of fatigue to look out for in your employees.  It's easy to get caught up in the grind of work. An extra shift here, a few hours of overtime there.  A few nights of poor sleep doesn’t hurt much, right? But is it worth staying up at work without having rested well?

Eventually fatigue can catch up. And when it does, the consequences can be huge - it can lead to a major accident or an irreversible mistake (Insurance Information Institute). According to Safe Work Australia, "fatigue is mental and/or physical exhaustion that reduces your ability to perform your work safely and effectively." Fatigue is a serious issue that affects people's lives at work and home. It can be caused by many things, however, disrupted sleep or sleep deprivation is the major cause (Caldwell et.al. 2019). Other causes include: workload, stress, lack of exercise, health, and off-duty lifestyle or even boredom.

Here is where it starts to get interesting:

It is a prevalent issue - "every business and industry is affected to some degree by fatigue." Accordingly, it “is a significant problem in modern industry” (Khosro Sadeghniiat-Haghighi and Zohreh Yazdi, 2015). So how can you tell if your employee is fatigued? 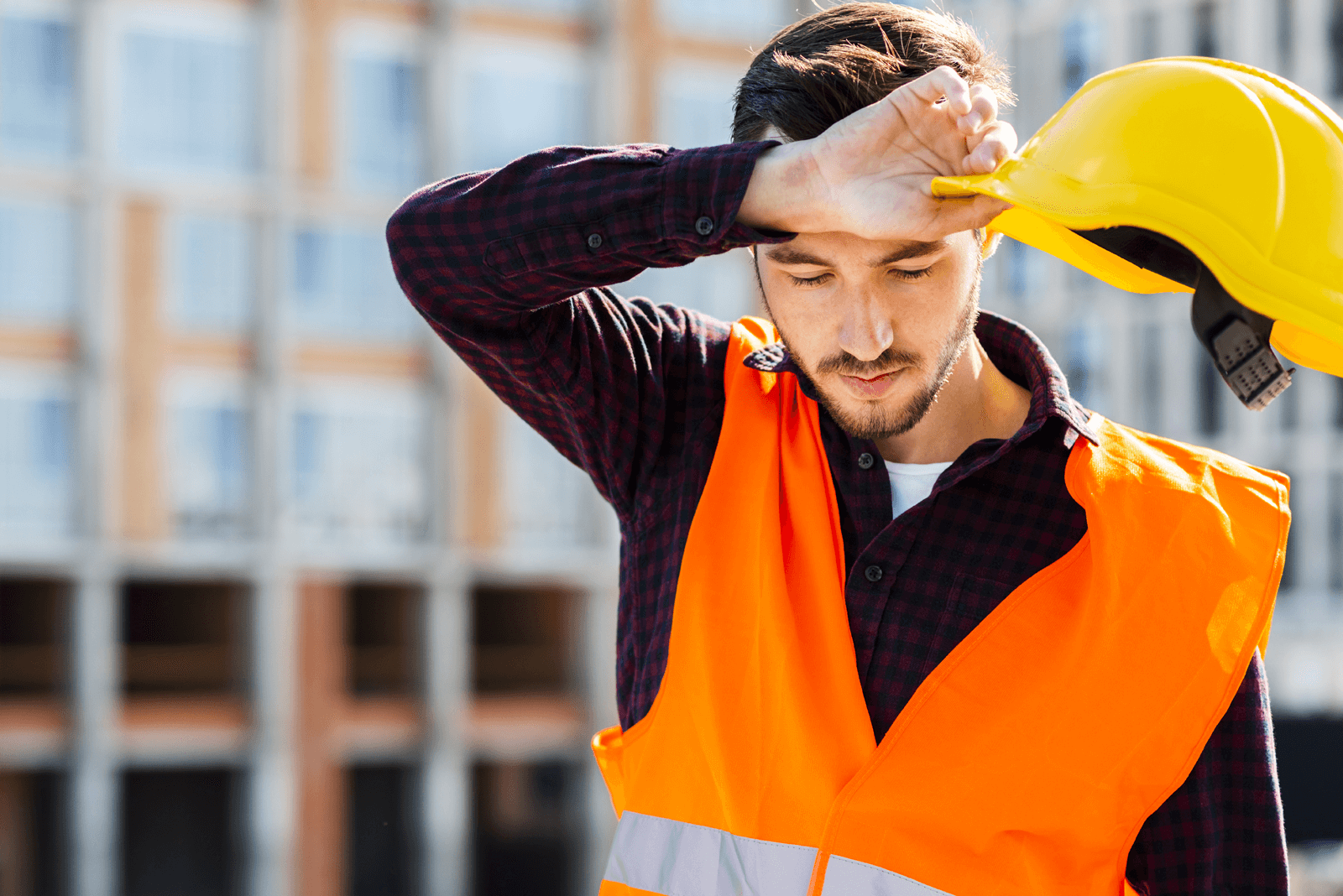 The following are seven signs of fatigue and how it affects the workplace.

How to Recognize Fatigue in a Worker

There are many signs of fatigue, but a few stand out. If you see these signs, it may be time to switch up your employee's work schedule:

It is not uncommon for people to experience lapses in concentration and alertness when they are tired. The affected worker would not be able to process information as quickly or accurately, and may have difficulty focusing on a single task. This can affect their ability to perform tasks with precision accuracy needed for complex work such as those involving machinery, for example.

A prevailing state of sleepiness and drowsiness

When you observe a worker  with a "sleepy" look in their eyes, it could be an indication of fatigue. Such an individual would also excessively yawn, naps  more than once during the day, feels lethargic, and find it difficult to follow a conversation. Additionally,  you would also notice that their speech, response to questions or commands often accompanied by a confusion about what just happened.

How often is it that a staff member is unable to give a detailed account of what they did at work that day? Seemingly, this may sound like a question that doesn't require much thought, but the reality is it's happening more often than you think. Difficulty in remembering simple basic things such as the time of day when they finished their work, what tasks were completed and who they are working with is a sign that fatigue could be a factor.

Lack of motivation to complete tasks at hand

Signs of fatigue may show up as  lack of motivation to complete tasks at hand. When the body lacks energy, it is difficult for a person to work up the desire to get things done. This often leads to procrastination, and the inability to meet deadlines. Workers who suffer from fatigue often have trouble engaging in tasks that require sustained mental effort. They may experience a lack of concentration and focus, which takes a toll on their productivity.

A jump in mistakes made on the job

When you observe  that a  person is making more mistakes, it's a sign they're not being as attentive to their work. The increased errors could be due to fatigue or a failure to complete enough sleep each night, leading to a surge in mistakes. For example, if you’re tired and your mind is not as sharp, you may forget to turn a stove off or misread directions.

Slow reflexes or a sluggish response

Some of the most common signs that someone is feeling fatigued include a slow reflexes or sluggish response to being poked, tapped, lifted or shoved. A person who is feeling fatigued will not be able to react as quickly or in the same manner that they would if they were fully rested.

One way our body tells you that it needs more rest is through negative moods. It’s possible to be irritable and feel moody without even realizing it. If a worker is feeling sad, anxious or irritable and aren’t sure why — chances are their body is telling them that they need more rest. Negative moods can also affect the workplace in a negative way if not addressed in a timely manner. When faced with moody employees, managers may have to conduct a more thorough investigation into the issue.

Consequences of Fatigue in the Workplace

You may be committing a cardinal sin against workplace health and safety if you're not taking steps to manage fatigue, which is a serious and common condition.

With a fatigued workforce, the following  consequences may arise:

No matter how strong the workforce, if they are tired from being overworked, it will affect their productivity and performance. When a worker  is tired, they're less likely to have the energy or concentration that's needed for their job. The National Safety Council (NSC) - America’s leading nonprofit safety advocate states that productivity loss can be as high as six workdays a year. This makes it difficult for the employer to reach their goals.

The relationship between fatigue and work performance was highlighted in  a study involving forest workers published in the Croatian Journal of Forest Engineering : Journal for Theory and Application of Forestry Engineering, Vol. 34 No. 1, 2013. The researcher concluded that “using prescribed work/rest schedules would relieve operators from fatigue effects and increase their work performance.” Additionally, a worker not giving their all may affect the morale of  other employees. A decline in workers' morale in any setting can cause a ripple effect of negative consequences.

Furthermore, absenteeism is a significant issue for many employers. If a worker is exhausted and fatigued, they may skip work the next day. They can also call in sick or not show up for their shift if they're feeling too tired. This can be disruptive for their employer and coworkers, who will then have to cover the work that's left undone. All of these can have an adverse effect on the productivity of both the employer and the employee.

Fatigued workers may also be at a higher risk of contracting an illness from viruses they might meet at work. A lack of sleep  can also lead to increased risk of health problems such as heart disease, obesity, diabetes and even cancer as well as “longer-term adverse health outcome such as chronic fatigue syndrome, myalgia, and burnout syndromes, and may be a precursor to WMSDs – work-related musculoskeletal disorders (Young, 2016).

Increased Risks of Incidents and Injuries

The fatigue experienced by many employees is an underlying cause of a broad range of workplace injuries and accidents. In fact, in this publication,  the National Safety Council (NSC) Reports that fatigue was responsible for nearly half of all industrial accidents. For instance, a fatigued worker might not notice an object that they normally would have seen or they might not react as quickly to a situation. This can be especially dangerous at construction sites, for example.

According to a systematic review and meta-analysis of 27 research studies conducted by Uehli et al., in 2014 workers are 1.62 times greater risk of injury than those who are fully rested. Also, out of the total number of work injuries reported, 13% were due to poor sleep according to the studies. Fatigue has been linked to an increased risk of injury in a number of ways.  For one, fatigue reduces the energy that an employee has to take care of themselves and this increases their chance for injury.

Secondly, fatigued workers are less aware of their surroundings and do not notice hazards and are prone to safety violations. In a study of 185 drillers, the result revealed that “individuals reporting higher levels of stress, sleep disruption and fatigue were found to have poorer” Workplace Situation Awareness (WSA). The research also went on to demonstrate that drillers “reporting poorer WSA also reported higher levels of safety violations.”

In short, reducing worker fatigue is an important way to keep everyone on the job safe and healthy, both for their sake as well as for the sake of those they interact with.

Businesses could also have financial loss owing to missed or incorrect actions by your workers. According to the results of a Monash University study cited here, fatigue-related incidents cost the Australian economy about $5 billion per year in lost productivity and health care expenses and more than $31 billion a year in the loss of healthy life.

According to the NSC:

“A typical employer with 1,000 employees can expect to experience more than $1 million lost each year to fatigue: $272,000 due to absenteeism and $776,000 due to presenteeism. An additional $536,000 in healthcare costs could be avoided with optimization of sleep health.”

Fatigue in the Workplace: Reliable Solution in Sight

Enjoy greater peace of mind and increased well-being amongst your employees. Learn more about how our software can free you up from workplace fatigue related issues simply by automating all those small tedious tasks, leaving you with more focus on what matters most to your business – your clients. Onwards!